Applies To These Products

The QCL OEM(+) was released in 2015 to serve the needs of QCLs that require a current source rather than a current sink. This allows the other terminal of the QCL to be grounded. 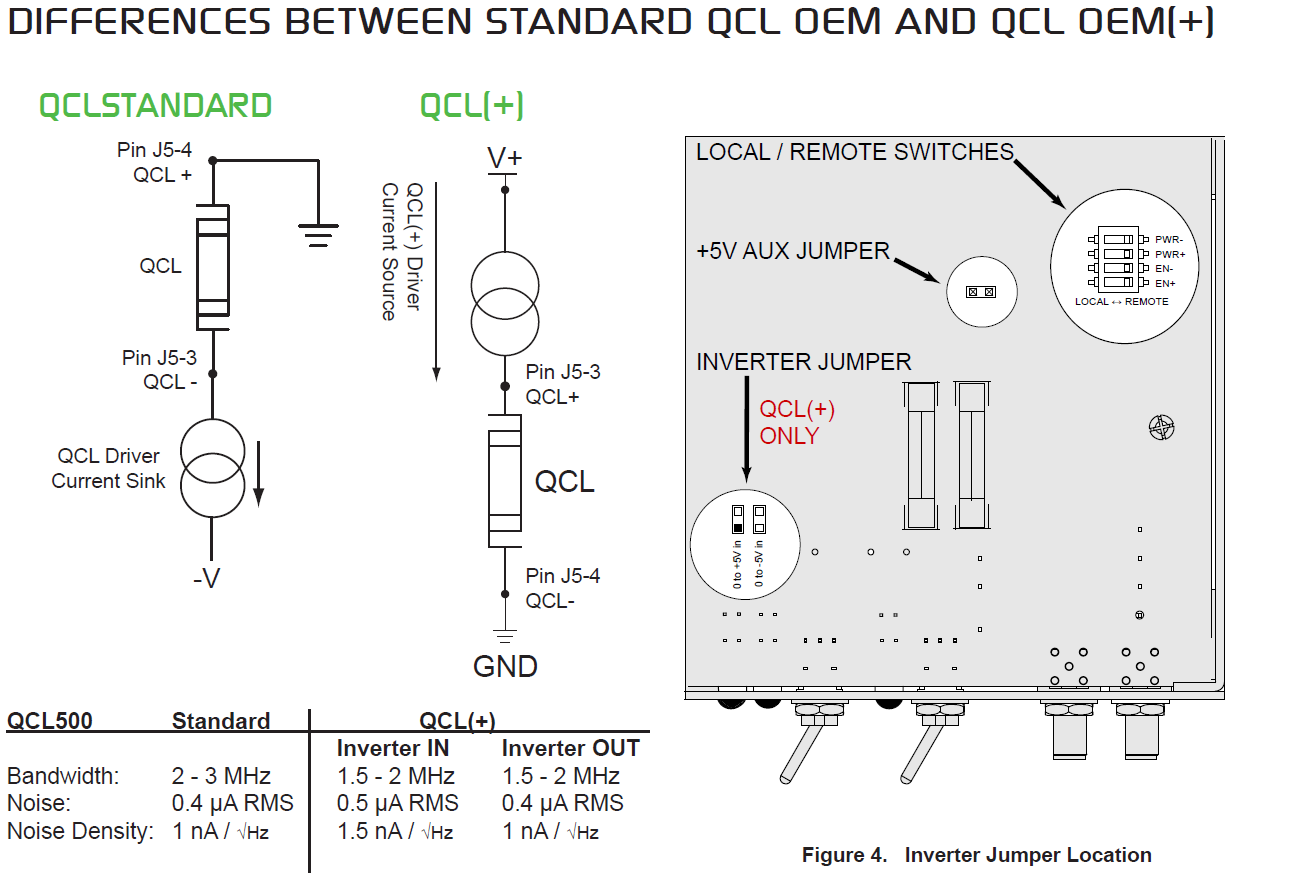 The output stage in the QCL OEM(+) uses a P-channel MOSFET instead of an N-channel. This decreases the bandwidth of the current source.

FAQ1125: How do I wire my Quantum Cascade Laser (QCL)?
FAQ1126: What power supply should I use with the QCL OEM Driver?
New Search Submit a new question