Applies To These Products

How do I wire my Quantum Cascade Laser (QCL)?

Next, determine if either input or output pin is tied to the case. 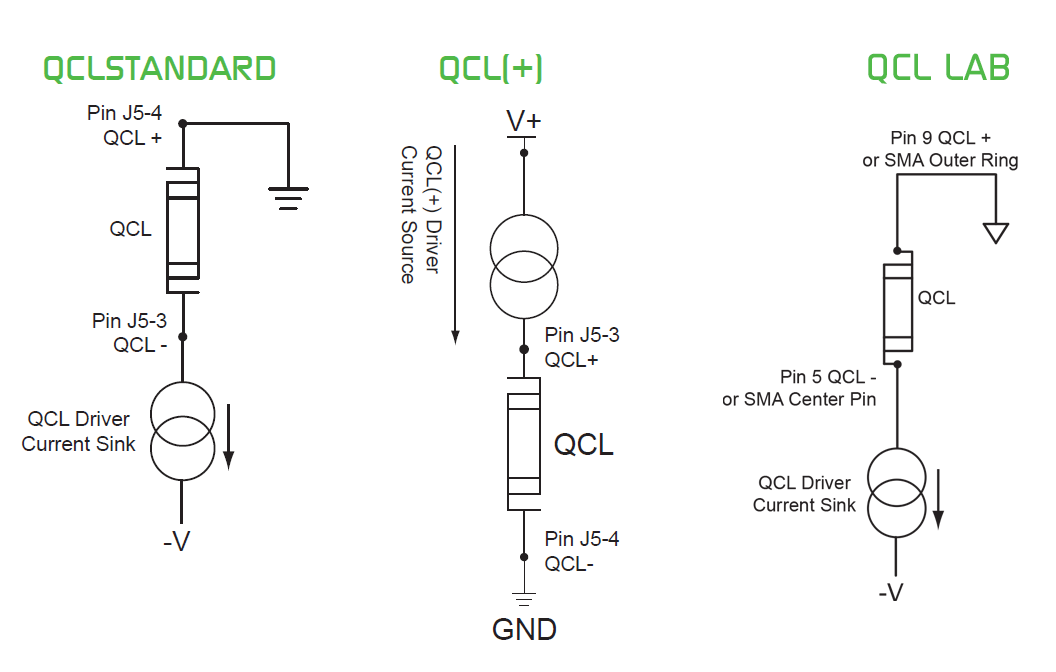 Eliminating ground loops in other parts of the system is critical to achieve the low electronic noise of these drivers. Refer to AN-LD08: Manage Ground Loops to Minimize Noise with the QCL Drivers or AN-LD09: Troubleshooting Low Noise Systems for more information.

FAQ1124: What is the difference between the QCL OEM and the QCL OEM(+)?
New Search Submit a new question