What is a QCL?

This diagram represents the physics behind Quantum Cascade Lasers. 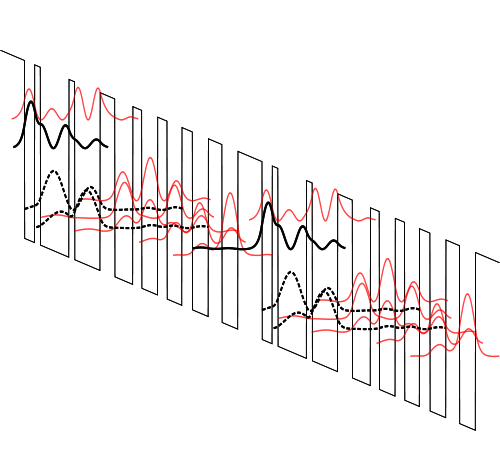 For more information about QCLs and the physics behind them, visit our QCL Basics page.

What is a QCL Driver?

A quantum cascade laser driver is similar in some respects to drivers used for semiconductor laser diodes, but there are important differences that make it worthwhile to find the proper QCL driver for your application. Choosing the wrong driver may make high-precision applications impossible, or put at risk a very expensive and difficult-to-source quantum cascade laser. 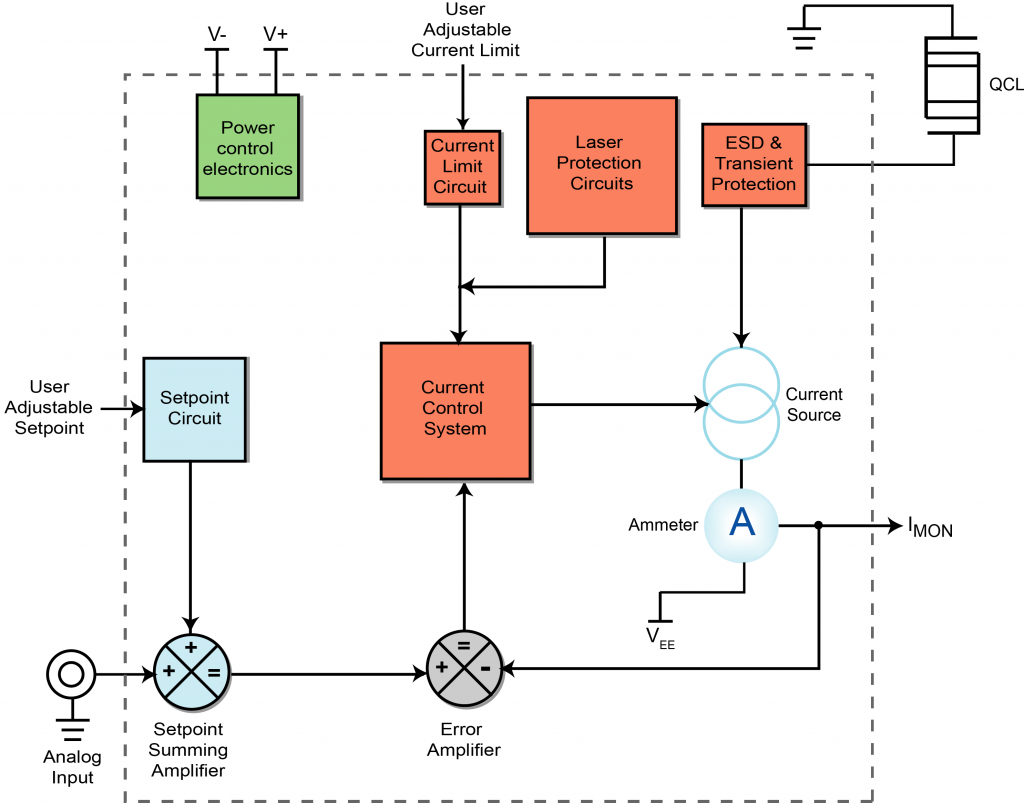 Because of the particular operating characteristics of QCLs, choosing the right driver is key to successfully implementing a QCL-based system.

The QCL center wavelength is current density dependent: current ripple and broad-spectrum noise manifest as a broadened output spectrum, so high stability and low noise are the two most important characteristics for a QCL driver. With a line width of 0.001cm-1 or less, and an output sensitivity of 0.01 cm-1 / mA, wavelength jitter due to driver noise can reduce overall system sensitivity by orders of magnitude.

Another critical characteristic that sets QCLs apart from single-junction diode lasers is the high compliance voltage, which can range from 5 V to 14 V depending on the device wavelength and manufacturer. This property alone eliminates most commonly available laser diode drivers for use with QCLs.

Eliminating current noise from the QCL driver is critical to take advantage of the lasing properties unique to single-mode quantum cascade lasers, and the driver circuitry must be designed with noise performance in mind from the beginning. Electronics shielding, cabling, and laser fixturing also play a critical role in noise reduction and must be designed carefully to maintain low electrical noise. Careless execution of fixturing and inadvertent ground loops can negate the effects of careful device design.

A driver with a well thought-out feature set is required in order to use the QCL for mid-IR gas sensing applications. For some sensing applications, quasi-CW current modulation is used to scan the output wavelength. A DC bias current is therefore necessary, and the modulation input must have a high enough bandwidth to take advantage of the current-dependent wavelength tuning capability of the QCL.

QCL output wavelength is sensitive to temperature variation, and improper temperature control will lead to suboptimal total system performance at best, and laser destruction in the worst case. DFB QCLs are tunable by about 0.1 cm-1 / K (see 1), so temperature stability in the range of ±0.001ºC is required for optimal wavelength stability. Sweeping the device temperature linearly through ambient takes full advantage of the laser wavelength tuning ability.

Essential laser control safety features should not be overlooked: brown-out protection and output current limits protect the QCL during operation; current soft-start and overvoltage circuitry protects the device from potentially harmful transients. The driver should also contain self-protection features: reverse voltage protection, and the ability to safely shut down the current source if ambient conditions cause the driver to overheat.

Current Limit Circuit: The current limit is application specific, so it must be user-adjustable. The purpose of the current limit circuit is to protect the laser from over-current transients and accidental user inputs that might over-drive and destroy the laser.

Integrating the driver with the temperature controller provides a foolproof means for switching off the current source if the device temperature begins to run away, and should be considered a necessary safety feature of the QCL drive system.

Wavelength’s family of Low Noise Quantum Cascade Laser Drivers is designed to be used on the test bench and then integrated into a production laser system. Rapid prototyping, ease of integration, built-in safety features, and reliable performance allow you to focus on the aspects of system design that are most challenging; you can leave the laser driver responsibilities to Wavelength Electronics.