WHAT IS ESD AND WHAT CAN IT DO?

ESD is an acronym for Electrostatic Discharge. You may remember scuffing your feet on the carpet and then zapping your unsuspecting sibling. That was an electrostatic discharge, which is the sudden (and unwanted) flow of electricity between two electrically charged objects—basically a mini bolt of lightning. Even small amounts of ESD can damage or disable sensitive electronics.

An electronic part that is sensitive to ESD is called Electrostatic Discharge Sensitive (ESDS). These sensitivities are sometimes listed in datasheets and can be as low as 20 V.

HOW ARE CHARGES CREATED?

Virtually all materials are capable of holding an electric charge, even in minute amounts. The most common creation of electrostatic charges is by the contact and separation of materials. This is called “triboelectric charging”, as shown in Figure 1. Repeated contact and separation transfers electrons between the materials. With contact, each material gains (becoming negatively charged) or loses electrons (becoming positively charged). The greater the imbalance, the greater the potential charge when the materials achieve neutrality through the discharge of electrons.

The amount of charge created is also affected by, among other factors, the area of contact, the speed at which the materials are separated, and the relative humidity of the environment. An increase in any of these, will increase the likelihood of an ESD incident. The charge is released when one material comes near or in contact with another dissimilarly charged material.

HOW DOES ESD OCCUR?

ESD occurs mostly through human contact and, while occasionally uncomfortable to our touch, many times we don’t even notice the exchange. We accumulate between 500 V to 2500 V of charge in our bodies during a normal day but we can only feel static discharges of 2000 V or more. ESD can also occur without actual human contact.

While most ESD occurs through direct human contact, there are also a number of cases where ESD is caused by human interaction. Some examples are when safety measures are not followed; such as when synthetic materials (which tend to gather more electrostatic energy) are placed near or on electronic equipment; or when rapid, non-ionic air movement occurs near electronics, typically in the form of a fan or compressed air; or when improperly grounded electronics, such as a radio or cell phone, is placed nearby.

There are three possible ways that ESD occurs: discharge to a device, discharge from a device, or a field-induced discharge. The first two alternatives are self-explanatory and are caused by the proximity of materials that are not of the same electrostatic potential. A field-induced discharge is rare but happens when a device is placed into an electrostatic fi eld, the charge is transferred to the device, and then grounded, causing a discharge. The ability of a device to dissipate the discharged energy also determines whether damage occurs to the sensitive electronics.

All of these discharges are potentially devastating to electronics, so it is important to eliminate electrostatic energy before it can build up.

HOW DO DEVICES FAIL?

There are two main ways that electronics fail: catastrophic and latent failures.

Latent failure is the less noticeable type. It’s where the device has been damaged but does not fail immediately. Because the damage is not readily apparent, subsequent damage can continue to occur before failure results. Since the device is partially degraded, failure can occur at a later time—even years later. 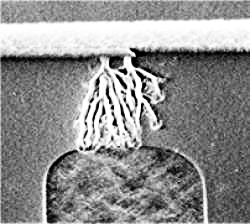 HOW CAN ESD BE PREVENTED?

While it’s unlikely that ESD can be completely eliminated, it can be substantially controlled. Working from the inside out, there are four basic methods for controlling it around sensitive electronics: designing in immunity, eliminating and reducing the generation of a charge, dissipating and neutralizing a charge, and protecting the product from an inadvertent discharge.

The primary method for eliminating electrostatic energy is to design electronics in such a way that the build up of electrons doesn’t occur in the fi rst place. This is called designing in immunity. By implementing protections that reduce or eliminate build up and transfer of electrons, the likelihood of ESD is greatly reduced. For example, the use of a ferrite bead on the electronic inputs or metal enclosures with shielding and grounding will prevent ESD within a system.

The next method is to actively manage the ability to generate a charge by keeping the component at zero static potential. This is done by using processes that don’t generate electric charges, reducing static generation through the use of materials that are at the same electrostatic potential, and by providing grounding pathways using ESD-safe workbenches.

Another method is to safely dissipate or neutralize electrostatic charges through external methods. Because humans tend to be the primary source of electrostatic energy, the energy should be released before it can be transferred. This can be accomplished by wearing antistatic clothing, using a grounded wrist strap, or standing on a floor mat, and wearing ESD controlling footwear when working with electronics.

The final method is to prevent a discharge from reaching vulnerable parts and assemblies. This includes using shunts in the electronics so the current can bypass a sensitive point in the circuit or grounding to lead the current away from susceptible parts. Parts should also be stored in ESD shielded containers. Additionally, using anti-static packaging when shipping also protects the electronics from potential discharges.

WHAT PRACTICAL MEASURES CAN BE IMPLEMENTED TO PREVENT ESD?

Provide an ESD safe environment and equipment: Work stations and other surfaces should contribute to an electrostatic-free location (Figure 4 below). Also, have all possible tools, clothing, and equipment available to support an ESD preventative environment.

Signage: Identify areas and items that require additional ESD safety measures. This could include reminders to wear anti-static coats or turn off cell phones. Figure 3 shows the universal symbol for areas and materials where ESD precautions are critical. 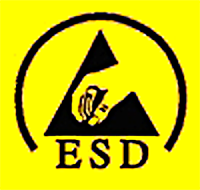 Transfer and storage: Whenever possible, use ESD protective containers to store and transport parts. Store loose parts that have been removed from their original packaging in static shielded bags, and be sure to seal the bags by folding the opening over or with anti-static tape. 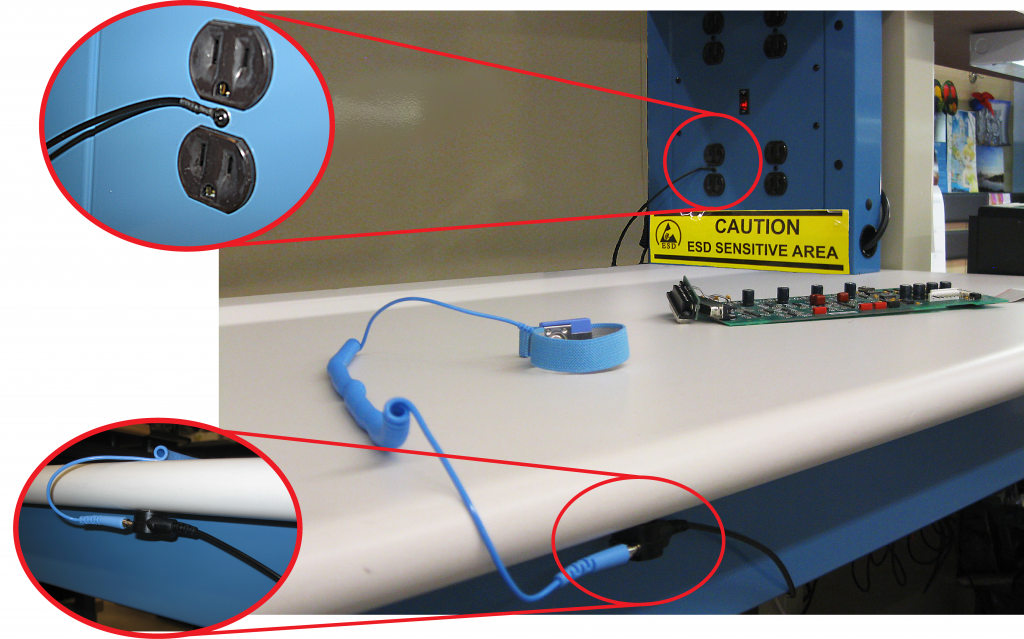 Training: Have all workers go through a comprehensive training program, led by an ESD certified trainer, that is geared toward their level of contact. The training should include basic procedures, how to correctly handle materials, use of ESD protective clothing, as well as all preventative measures that need to be followed. Periodic refresher training reinforces best practices and allows for implementing new or updated procedures.

Documentation: Document all processes, procedures, and requirements that pertain to ESD in a location that employees can easily refer to it. This allows everyone access to the proper techniques and information at all times. It can also be used as an interim tool for when training cannot be administered immediately.

Electrostatic discharge can be lethal to sensitive electronics and it is critical that precautions are taken to prevent it. Because many ESD events cannot be seen or felt, the purpose of instituting strong, practical ESD prevention protocols is to eliminate most, if not all, instances.

For more information on ESD practices and implementation methods, go to the Electrostatic Discharge Association website at www.esda.org.